Video advertising can be beneficial for building brand awareness and growth and can also give it a distinct personality.

As a survey has concluded that 80% of people retain the information in video advertisements seen in the past month, video ads seem to have proven themselves to be both impactful and powerful.

Equally, when videos get shared on social media channels, the reach of your brand increases even further.

There are different kinds of video ads:

In-stream video ads are the ad type that most users will be commonly familiar with. The ad plays before, during, or after the video content.

In-stream video ads can also be categorised depending on their placement within the video:

Depending on how big of a section of the screen they take up, in-line ads can be linear or non-linear.

Linear ads take up all the screen and can be played before, during, or at the end of a video.

Linear ads also include user ad choice overlay, which has an interactive aspect. For a more targeted approach, the user can choose between several ads.

Another interactive option is Interactive Video Ads, which enable broader interaction options, such as locating a store or signing up to a newsletter.

On the downside, all types of video ads risk of being abandoned by the viewer as they interfere with video content consumption.

If a user clicks on the ad, the content will pause while a full player ad is shown, or they are redirected to a website associated with the advertisement.

The ads are designed to be a constant reminder of the brand, which can both lead to increased brand awareness, or abandonment of the ad and the creation of a negative association with the brand.

As the title suggests, companion ads are in addition to the video content played. These ads are displayed around the video player in the form of a banner. On the positive side, these ads do not intrude the video content. However, the user can get rid of the advertisement by displaying the video content in full screen.

These ads can be collapsible, stand-alone, or serve as companion ads. In-banner video ads do not interfere with the video content displayed, and all interactions are user-initiated. On the downside, these ads can be distracting to the viewer and cause abandonment of the site.

These are very similar to in-banner video ads, aside from the fact that they are embedded in the webpage.

Have you ever seen an ad before a game is loaded? Or in-between game levels? In-game video ads can be placed on online games, as well as on social and mobile games. From the advertiser perspective, these ads are not skippable and short, which reduces abandonment. However, from a user perspective, it may be perceived as off-putting.

Pros and cons of video advertising

There are several benefits of video advertising, such as the multiple and flexible formats we have seen, as well as real time results and global reach. Moreover, the costs of video ads are relatively low, averaging around 0.10$ and 0.30$. The video can be short, comprehensive, emotionally-provoking, engaging, and compelling. If the ad is creative, it could also be posted on the brand’s YouTube channel or embedded on the website to serve as permanent content.

Video ads can be targeted to a specific audience depending on parameters such as demographics, topics, and interests. Similarly, you can exclude market segments and websites if you do not wish to advertise on them.

You can target your video ads to people who have previously interacted with or viewed your ads. This can be done through the Google Display Network remarketing. 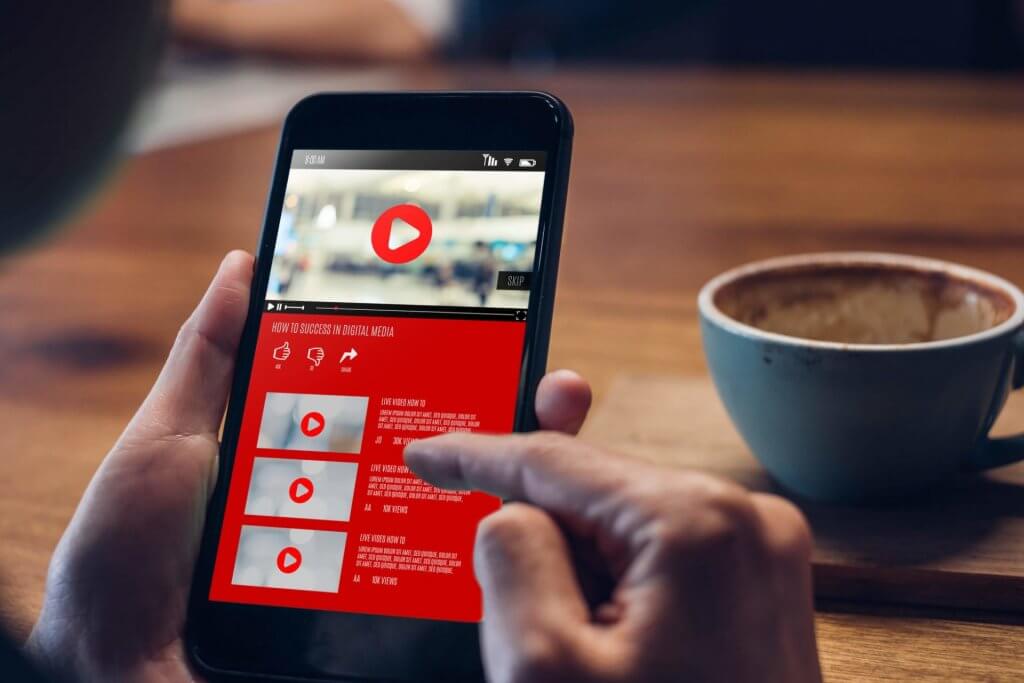 YouTube has a massive audience that stretches across a multitude of industries, making it the second biggest search engine in the world. With an audience of close to two billion users across 90 countries and 80 languages, it should not be ignored. If you are advertising for eCommerce businesses, YouTube is an excellent opportunity to showcase your products and their qualities. Some audiences are more prone to respond positively to a video format than others. YouTube ads have an average cost of $0.10-$0.30 per view.

Out of these options, display ads are less frequently used, as the user can easily watch the full video screen and disregard the advertisement completely. Even if the ad is visible, it is not directly on the video; therefore, it is less effective advertising method.

In terms of targeting, you can choose your target audience by demographics. You can block out users in certain countries. So, for example, if you have an online clothing store that ships only to Europe, you can target countries only in the geographic area.

As mentioned in the disadvantages of video advertisements, creating a video can account for most video advertising costs. However, this depends on the equipment available to you and the level of the desired outcome. The better the ad, the less likely people will be to skip it or not pay attention to it.

Create a YouTube advertising strategy, alter your targeted audience, set a daily budget, and pay only when a viewer clicks on your advertisement. Once you have run a YouTube campaign for a while and can review the statistics, you will be able to see if and what type of audience found your ad compelling.

Need some help with your video advertising? Get in touch now: