They help to address some of the limitations of only looking at average position to determine an advertisers’ ad position.

These metrics can be found under the Competitive Metrics section within Google Ads. Some may have noticed that Average position has now been grouped alongside the below metrics: 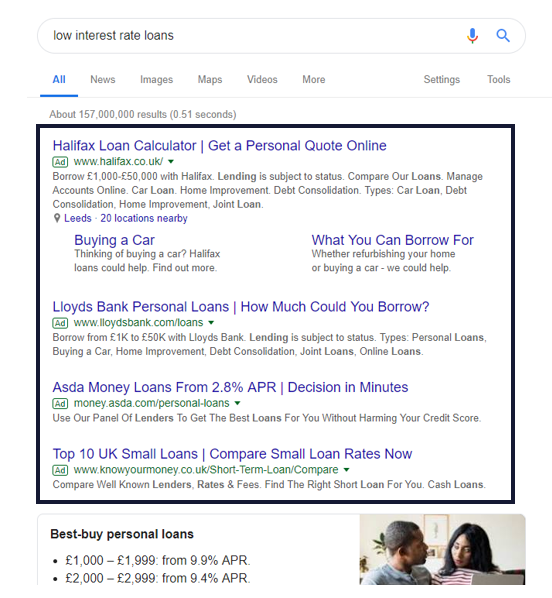 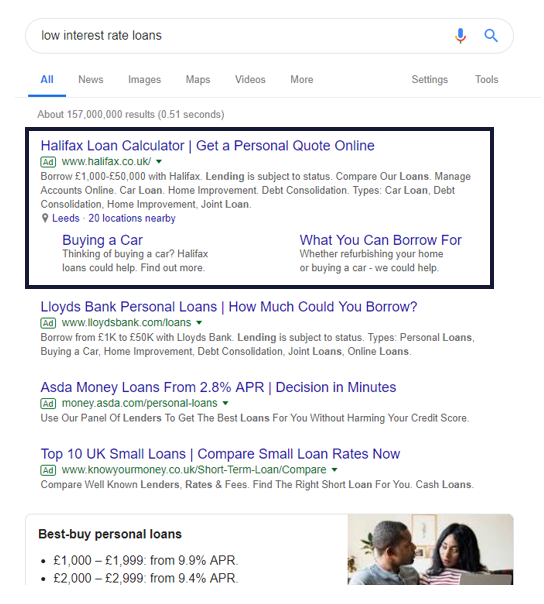 The limitations of average position

Looking at average positions has been a very useful metric to get an idea on how competitively you’re bidding.

However, average position can’t tell you exactly where on the page your ad appeared. What it can tell you however, is in which order your ads appeared in comparison to other paid ads.

So, if your keyword has an average position of 2.0, then you know that there was definitely one paid ad that appeared above your ad. However, based on the information you have, you can’t be sure on whether your ad appeared above or below organic listings.

This is because it is possible for Google to show a combination of one to four or even zero paid ads above organic listings, so you don’t know whether second place puts your ad above or below organic listings.

In the below example, Google has decided to show two paid ads as opposed to the standard four ads. 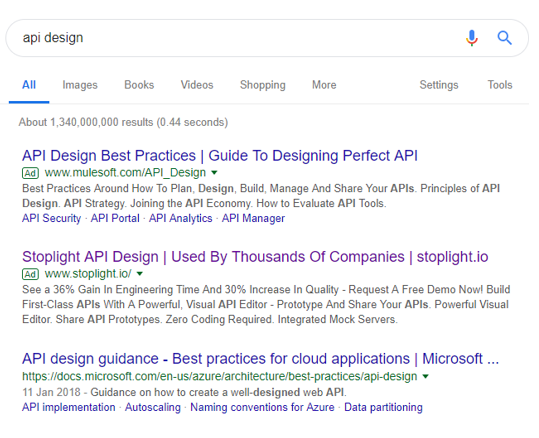 If you have a keyword that is performing quite well on position two, then you may decide to let it stick on that position.

However, if you can see that the Search top impression share is low, then you could try increasing bids in an attempt to move it to the top of the page, where you would expect to see a considerable increase in traffic.

While working on low volume keywords can prove beneficial, it is wise to focus more effort on the keywords that are likely to bring in the most traffic.

This is because these keywords are likely where the majority of your budget is being directed to. If there are keywords that Google always puts below organic listings (perhaps because Google thinks they have low relevancy), then it’s worth considering whether your time spent on optimisations can be better utilised working on other keywords, where Google is allowing paid ads to show above organic listings.

These keywords are likely to bring in much more traffic, so improving performance on these keywords is likely to produce the biggest improvements and bring you much closer to your targets.

Prior to having access to these metrics, you may have looked at a keyword and been confused by the fact that it has an average position of 1.0 but low CTR.

Now you’re able to take your investigations one step further as the average position is 1.0, but the Search top impression share is very low. This means that Google isn’t showing the ad above organic listings very often and that’s why you’re seeing a poor CTR.

In addition to the above, if you notice a large drop in traffic coming from a particular keyword, then this may be because you’ve dropped bids to a point where ads are appearing below organic listings.

Average position will only tell you that your average position dropped, but Search top impression share will show you if you’re still appearing above organic listings.

So, should you abandon Average position?

Average position is much simpler to understand but it is limited in that it can only really show the order that your paid ad appeared compared to other paid ads.

In the past I’ve looked at average position and made some assumptions. For example, if we have an average position of 1.0, then we’re probably appearing above all other listings and in conjunction with this, I’ve manually searched for certain keywords to get an idea on what Google is doing for that particular niche on the SERPs.

I’m finding myself relying on Average position much less and focusing more on the search top impression share when looking at how my ads are doing.